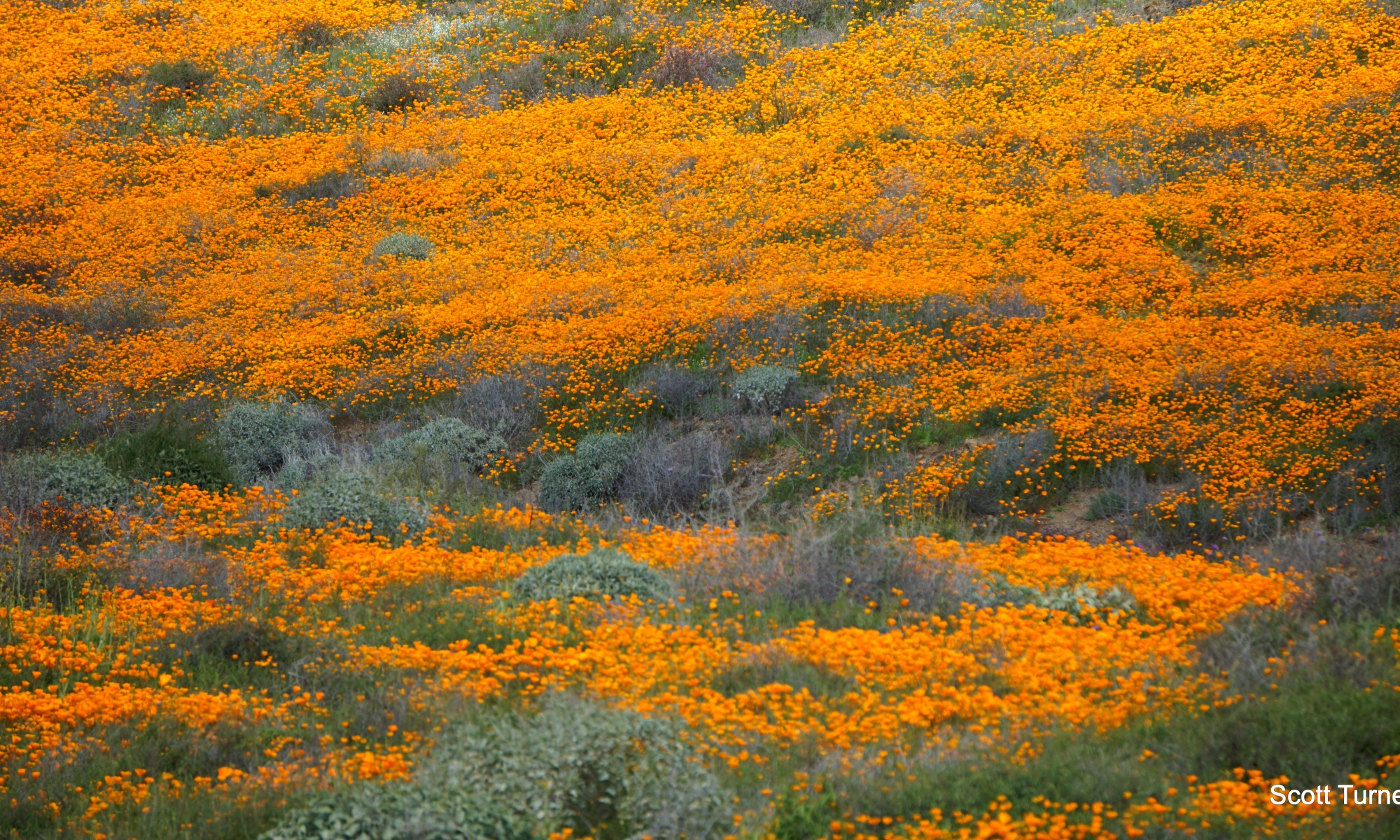 Recently, I’ve seen a few discussions crop up that push back on the standard advice I offer to all hikers: learn how to use a map and compass.

The heart of this pushback is that technology allows hikers to navigate through a variety of habitats with an ease and reliability that have never before existed in human history. Some of these folks are so certain of the reliability of technology that they either refuse to learn the classic methods, or they discount the necessity of taking the time to build the skills required to navigate traditionally.

However, it remains true that technology, while useful, cannot replace the map and compass as the most reliable means of navigating. This is such an important issue to me that I will be writing several articles on the issues with app navigation over time. In this article, I focus exclusively on one specific aspect: Crowd-sourced information.

The trail information that you access on your AllTrails app, your Gaia GPS app, and if you’re a sophisticated map user, even CalTopo’s Map Builder overlay, comes from a specific source: OpenStreetMap. OpenStreetMap is basically the Wikipedia of map data, and it collects GPS information on trails and roads from users. It is open to use under a free license, which is why free apps are able to provide trail information without charging you. The data is exclusively crowd-sourced, and like Wikipedia, the information is self-corrected from within the community.

If you’ve ever had to write a research paper, there’s a good chance your professor told you that Wikipedia is not a valid source of information. The reason being that since Wikipedia is not subject to the same level of scrutiny as a publication, it is not as reliable. The same principle applies to OpenStreetMap, which is also not subjected to the same level of scrutiny as the topographical equivalents, i.e. topographic maps produced by professional cartographers. 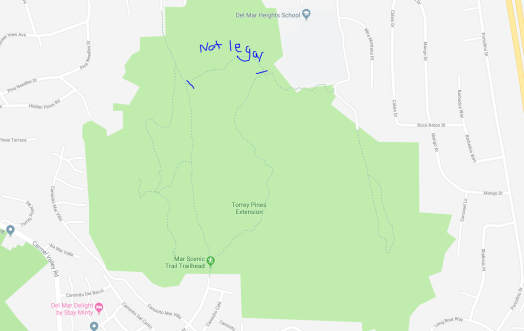 I’ll give you an example using Torrey Pines State Reserve Extension in Del Mar, California. Google Maps, which utilizes OpenStreetMap, depicts a trail that leads north from the Margaret Fleming Trail and connects with the Mar Scenic Trail near the extension’s northern boundary. From reviewing Google Maps, it looks like this is a perfectly good trail for hiking.

However, what OpenStreetMap and Google Maps do not tell you is that this specific trail has been decommissioned. Moreover, the reserve has erected a cable barrier to close access to the trail on its southern junction, and a sign indicates the closure at the northern barrier. OpenStreetMap also doesn’t tell you that the trail is closed because a bridge was washed out well over a decade ago, and that the public safety hazard was great enough that the reserve saw fit to close access to the area.

I’ve also begun to see comments sprouting up on Instagram about hikers who have followed a trail on AllTrails, which also derives some of its data from OpenStreetMap, into the thick of wildflower fields at places like Walker Canyon. This has led to confusion about informal trails previously created by hikers to get into the middle of the fields, which AllTrails has actually legitimized by displaying it as if it’s a formal trail. This leads people to trample habitat and create new trails when there was never the intention for a trail to be there to begin with.

Now, there is the possibility that this was not an OpenStreetMap issue, but rather that AllTrails derived the trail from user data. This is even worse because an individual user is subject to even less scrutiny than OpenStreetMap, and if AllTrails presents this as a formal trail based on that, we have a real problem.

OpenStreetMap also doesn’t differentiate between a formal trail, an informal trail, and a cross-country route. It also shows trails that pass through private property without always making it clear how you can access the trail without trespassing or whether hiking on that trail is legal in the first place. Because of this, hikers can wind up in places where they aren’t supposed to be. This exacerbates ongoing issues with hikers trespassing or perpetuating illegal trails, which creates a time and money sink for land managers and thus makes it harder for us to get access to new trails.

Mapping applications don’t just fail where trails are concerned. A common question I get regarding Afoot and Afield is “Why didn’t you include GPS coordinates?” The answer is that Google Maps has the tendency to route people to the wrong place, particularly in remote desert locations. For example, if you try to route to a place like Sheep Canyon Campground, Google Maps doesn’t have all of that data. It will try to route you directly through open desert. Given that there are a number of instances where people get routed into open desert, attempt to drive through open desert, and end damaging their cars and the habitat, it’s not responsible on my part to include coordinates that somebody can then plug into an application.

Just like Wikipedia, OpenStreetMap data has its uses, and I respect its utility while never forgetting its limitations. The trouble is that most people have never had a reason to problem-solve the discrepancies between OpenStreetMap data and what exists in real life. Many of them remain ignorant that one of the foundations of the tool they trust is inherently untrustworthy. Crowd-sourcing is inefficient and sometimes even ineffective when it comes to understanding and incorporating on-the-ground conditions, legality, informal vs. formal trails, and even cross-country routes. Crowd-sourcing tries, but it still cannot compete with traditional sources subject to a high level of professional scrutiny.

To reiterate, I still respect and utilize OpenStreetMap data, and I’ve found it very useful in the past. I’m not attempting to tell people not to use it either. My aim is to bring up the problems with the data so that you know exactly how far you can trust it. If you understand the limitations of GPS applications, it will actually make them more useful for you as you begin to understand where they fit within your navigation skill and research repertoire.