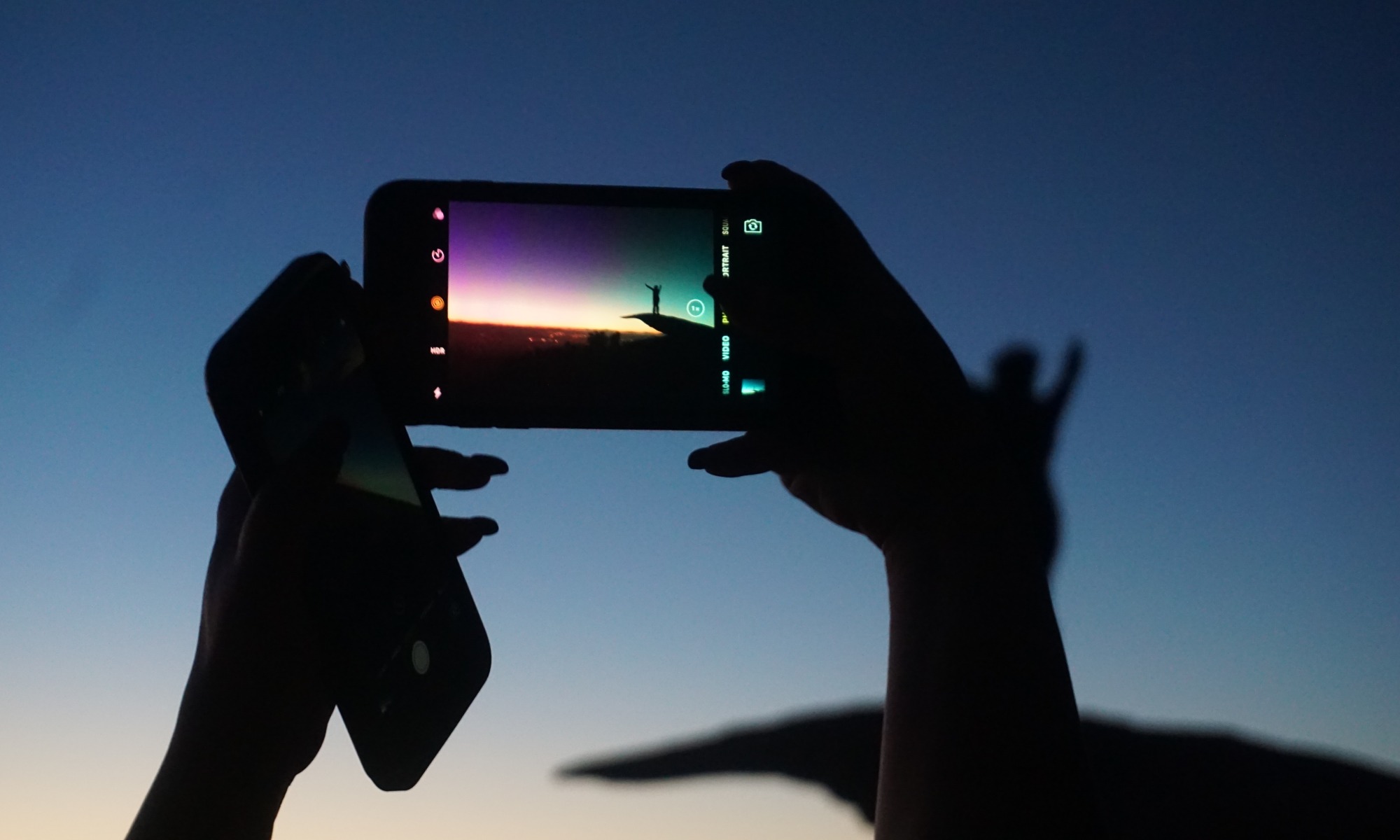 “Failure is an opportunity.
If you blame someone else,
there is no end to the blame.
Therefore the Master
fulfills her own obligations
and corrects her own mistakes.
She does what she needs to do
and demands nothing of others.”

While the standard position is to agree that it’s great that everybody wants to go outside, sometimes we sneak around the back of that attitude to blame certain components of the hiking culture. The current favorite whipping boys, at least as far as my six years of chronic social media overuse has revealed, are thus: Social Media and Milennials.

Tools are inert until utilized by people. The information conveyed on social media is entirely dependent on the intentions and expertise of the person or people who are doing the communicating. Unless you want to fall into that tempting and satisfying attitude that “people suck,” (and don’t get me started on that), you quickly realize that social media is no better or worse than the people who use it, and you can’t generalize about a group that is so large that it includes pretty much everyone.

Now,  social media does create a bizarrely distorted mirror of the way we communicate. Social media has a fascinating neuro-chemical impact that may influence compulsions to share and to pursue recognition which tends to amplify certain social behaviors. Social media also has a tendency to inhibit empathy, leading to a lot of strange arguments that won’t occur in public where a punch in the nose is the likely result.

But does that mean we can blame social media for people doing irresponsible and dangerous things? Let’s take the example of a person getting too close to a cliff for a cool selfie, which leads to a fatal fall. You might argue that social media gave the person the idea and encouraged the person to take a risk.

However, what’s the basic social impulse behind trying to take a cool selfie? Recognition. The desire to obtain social recognition and esteem predates social media. Social media just makes recognition more readily available, while the saturation of other people seeking the same recognition leads people to up the ante on their attempts to be seen. I.e., social media is an exacerbating factor, but it is not the reason why people seek recognition. That’s a deeper human trait that has existed as long as humans have, and social media merely amplifies it, and only for some people and at some times.

Not every social motivation is dangerous and destructive. Neither is what is conveyed on social media always a bad thing. Numerous social media platforms and the people behind them also put out messaging and content that inspires, informs, educates, and corrects some of the problems. Blaming it as a primary force in outdoor issues ignores all of the positives.

How’d you come across this blog, anyway?

What about the Millennials?

Well, then it must be a particular type of person, right? The current favored whipping boy, at least as far as my social media research reveals, is the Millennial, a broadly generalized member of a generation born between 1981 and 1996 to which a number of frequently disparaging stereotypes have been assigned.

First, it is patently silly to generalize about a group of people arbitrarily identified by their birth year (and those defining years have changed recently. Check again to see if you are still actually a Millennial). There is no monolithic behavioral pattern one can assign to such a huge group of people that doesn’t fall apart under scrutiny. There are trends and tendencies, yes, but a lot of those trends and tendencies receive a greater weight and importance thanks to people who want to sound like they have something important to say.

In reality, a Millennial is just another human being with the same kinds of hopes, desires, flaws, and follies as any other person belonging to any other arbitrary classification. And let’s not forget that a lot of the trends we attribute to Millennials are actually rather positive. Millennials use the outdoors more than any other age range, and they also tend to view the outdoors as a positive force in personal wellbeing. They celebrate and often protect the outdoors as passionately as anybody, and it’s a revelation of your own attribution biases to focus on their flaws at the expense of their strengths.

To cite the example closest to my own heart, Modern Hiker, the most widely read hiking blog in the American West, has provided hundreds of accurate trail descriptions while providing a viewpoint grounded entirely in outdoor ethics and responsibility for over ten years.

And who started that blog? A Millennial.

But I’m MAD, and I Need to Blame Somebody!

You’ve seen the problems going on out there, both in person and on social media. You are mad about it because you consider yourself a responsible, ethical public land user who IS NOT a part of the problem. You’ve looked in the mirror, assessed your own behavior, and through your hard work and ceaseless dedication to outdoor ethics (RIGHT?!), you have concluded that you, yourself, are blameless.

If you can honestly own that you are blameless, kudos to you. But moving past that, let’s start by acknowledging that a problem as complex as the ones we face in the outdoors must also have an equally complex set of causes. Here’s what we know:

With more people using public land every year, we can point at the very simple fact that with an increase in usage volume will come an increase in problem volume, just based on the sheer numbers.

Also, not every public land destination is equipped to handle an increase in visitor volume, and some places are showing the strain. Various parks show the strain due to lack of infrastructure, lack of funding to create new infrastructure, geographical barriers to creating new infrastructure, and public opposition to certain strategies that might mitigate overuse while creating inconvenience (remember this last one. Convenience is important).

Since more people use public land every year, you can safely assume that you’re getting a wide variety of experience and knowledge ranges among those people with a possible skew toward inexperienced and lack of knowledge among new trail users. An experienced, knowledgeable hiker may take for granted that certain trail habits are “common sense,” but the truth about common sense is that it is a learned behavior.

The VAST MAJORITY of people causing problems on public land are people that have spent little to no time in the outdoors and are unaware of the impacts of their behavior. We can deride them for not having common sense, but that’s a little like deriding your toddler for taking a dump on the sofa when you haven’t bothered to potty-train him.

Common sense is a learned behavior, and a part of a lack of common sense lies in how people learn now. More and more people get their information on public land from an inconsistent and occasionally inaccurate set of sources ranging from official park websites, hiking blogs, the passage of knowledge and experience from generation to generation, published hiking guides, crowd-sourced phone applications, word of mouth, and, yes, social media exposure. Only some of those resources tell you about outdoor ethics in any consistent and meaningful way, and the sources that are most convenient (there’s that word I told you to watch for) are quickly becoming the most dominant sources of information (Oh hi, AllTrails) despite the fact that they are also the most inconsistent and unreliable.

The true question is how do we encourage people to move past the convenience of readily available information that may or may not be reliable and take the more involved step of researching, learning, and committing to responsible behavior? Or better yet, how do we alert people who don’t know much about the outdoors that it’s good to learn something about the outdoors before they go outside? While that’s a topic for another blog, I will point at where to begin: You.

If you feel the temptation to express your frustration by blaming this person or that medium, start first by looking at how you go about your outdoor business. Are you living up to the expectations that you think everybody else should live up to? And if so, are you embodying those values in such a way that you serve as an inspiration and possible guide for other people who would like to do better but don’t know how? And if not, what can you do for yourself to begin becoming the example that everybody else can follow and learn from?

Chances are, the example of you living an exemplary outdoor life will have more positive impact than any Millennial shaming ever will.

3 Replies to “Sure, Let’s Blame Social Media and the Milennials”