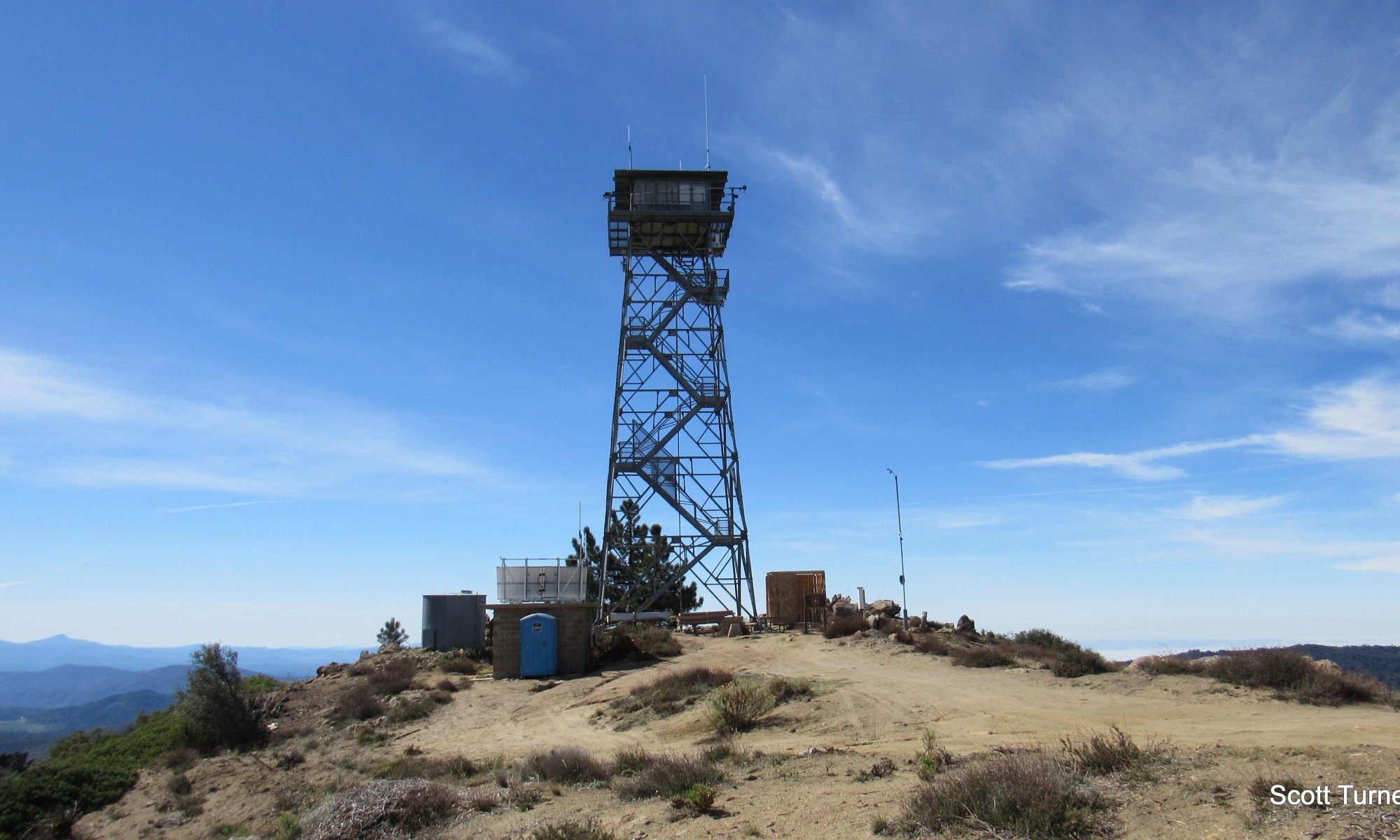 I love the Palomar Mountains. When faced with that question of “what is your favorite hike,” I always try to demure and say that it’s like picking a favorite child. But let’s be honest here. I do have a favorite child, and it is Palomar. It doesn’t matter if it’s the State Park or Cleveland National Forest. I love every hike on this mountain.

Today’s hike was a chance to get out and hike just for the fun of it. I’m almost done with the book, and I’m looking at a possible second book before too long. In the calm between the two storms, I’ve enjoyed hiking without an agenda. Last week was the PCT. This week, High Point.

This is the third time I’ve been up to High Point, but only the first time I hiked Jerry Schad’s route from start to finish. On my first trip, I hiked 22 miles, partially through knee-deep snow, on the High Point Truck Trail from Aguanga after being unable to find the Oak Grove Trail. On the second trip, I hiked up from the Barker Valley Trailhead. On a trip in between, I hiked the Oak Grove Trail to the junction with High Point Road just to fill in my GPS data and technically complete the route. It was good to finally hike the entire route from start to finish. I also discovered two water sources, which Jerry’s route does not mention. While users would need to filter AND purify the water, the two springs I found would still serve for backpacking.

This is one of the great unsung and seldom-traveled routes in the county. There are impressive stands of old-growth chaparral, with some ribbonwoods standing 25 feet high. There are incredible views over the Inland Empire toward the San Bernadino and San Jacinto Mountains. There’s a secluded, wooded valley that hides away a few nice campsites. And, of course, there’s High Point, from which one can survey an impressive section of Southern California ranging all the way to the San Gabriel Mountains.

Today started out cold (41 degrees), but the temps quickly skyrocketed. On the way up the surprisingly steep Oak Grove Trail, I shed every layer as the temp jumped what seemed like 20 degrees. I fought off a headache that was probably born from dehydration. I’ve been sleeping like crap because of the time change, too, so my body felt a bit more sluggish than normal.

My biggest concern was recent inflammation in what I’m guessing is my pes anserine bursa. The inflammation flared up last weekend and made me think I was going to have to sideline myself. I’ve had flashes of bursitis here and there, and it always comes up when I push myself to hike too hard. I was ready for the bursae to flare up after a couple of miles, but it never happened. I’m grateful that I won’t have to sit the next week out while I prep for Dawns Peak. I hate not hiking.

By the time I reached the top, pes anserine bursae feeling good as new and dehydration headache stymied, I settled in to watch the world do its thing. The world reports that spring looks like it’s threatening to take the year off and jump straight into summer, and today felt more like mid-May than mid-March. Temps were warm, but a cool north breeze moderated it. The coast was mostly socked in, but you can’t really see much of the coast from High Point since the Palomar Crest blocks the views. The views north, east, and south were as expansive and epic as always, with the San Jacintos and San Gorgonio standing out in high-def clarity to the north. There were a lot of bugs today, but the breeze kept them out of my face most of the time.

I look forward to camping out up here some time to watch day end, the night sky sparkle, and the sun rise in the morning. If we ever get another above average rainfall year, I might craft a long route including Agua Tibia or Eagle Crag. Water is always the question, but I would absolutely love to spend 4-5 days traversing the range.