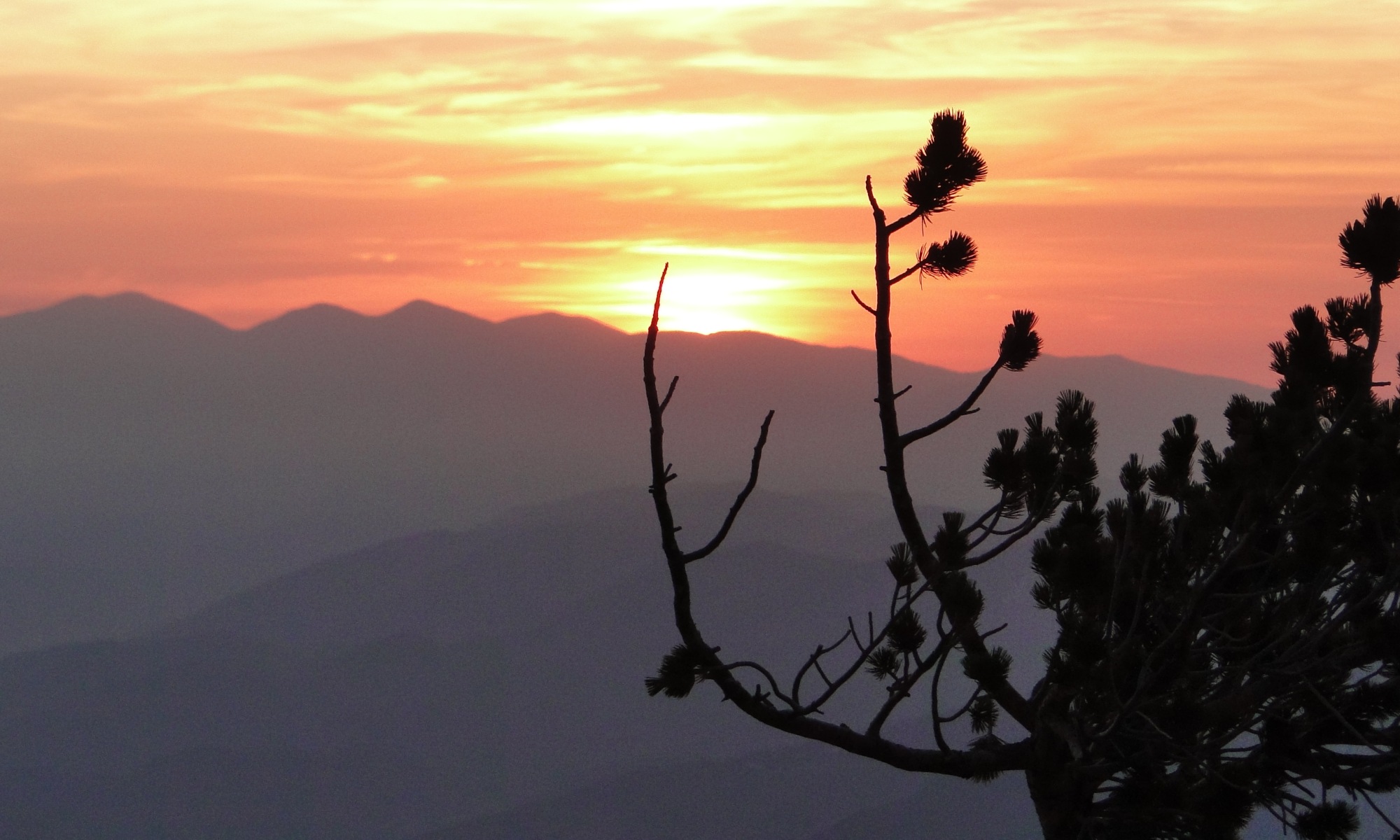 San Bernadino Peak is one of the nine peaks along the San Bernadino Divide Range, which culminates at the summit of Mt. San Gorgonio. Limber Pine Bench is both a natural formation jutting out from this ridge as well as one of the best backpacking sites in Southern California.

This hike marked the first true training run in preparation for the John Muir Trail in July. Originally, I had intended to hike Eagle Crag while backpacking in Cutca Valley with my friend Kyle. However, the wretched heat wave that scorched Southern California over the weekend precluded hiking in lower elevations. Kyle and I switched plans and settled on overnighting at Limber Pine Bench with a quick trek up to the peak.

The decision was the right one, as the higher elevations were enjoying mild, summer-like temperatures with a brisk chill during the night. Snow still clung to some of the higher elevations on the north-facing slopes, and the westerly breeze kept things light and cool, even when the temp did start to warm up. Early May is usually a little early for mountains, but with the abysmal precipitation we’ve had, the conditions are more consistent with later May.

The trail starts out from the Angelus Oaks Trailhead and wastes no time climbing the west face of the ridge. The trail switchbacks up through mixed-conifer and black oak forest and eventually gains a nice view of the Mt. Baldy mountain complex that becomes more expansive with every step. The view toward Big Bear, including Santa Ana Canyon also develops nicely, giving expansive vistas from the very start.

The trail comes around a bend and then begins to wind its way through a dense patch of forest around 7,500′. After passing through this forest, the trail emerges on a sunny manzanita meadow dotted with Jeffrey Pines. This relatively flat trail provides a welcome respite from the tough 2,000′ climb from the trailhead. Views also open up of San Bernadino Peak’s west flank as well as a southerly view toward the Santa Ana and Palomar Ranges.

The trail reaches a junction toward Johns Meadow and Columbine Spring. After enjoying a lunch of dried mango, peanut butter cups, and a Clif bar, we began to climb again up through a transition zone from Jeffrey pine, sugar pine and white fir to limber and lodgepole pines. After winding up through sparsely forested mountain-sides with ever expanding views, we came to a sign and a path leading off to Limber Pine Bench.

Limber Pine Bench slopes gently down a flat-ish section of the mountain. This space features a number of twisted and flagged limber pines, which get their name from their flexible branches. Many camping spots with sheltering rock walls dot this gentle slope, and Kyle and I chose the best one closest to a cliff offering views over Mt. Baldy and San Bernadino. The sunset, aided by the Etiwanda Fire, was quite vivid.

After setting up camp, Kyle and I tanked up at Limber Pine Springs, which was flowing weakly and was still mostly snowbound. We ran into the iciest and deepest patches of snow on the trail here, and Kyle decided to remain at camp due to lacking microspikes and not wishing to take chances. I felt a little more comfortable and decided to press on up the peak.

The trail winds ever higher, sometimes passing through snow and sometimes opening out onto sunnier, south-facing slopes. The trees, mostly lodgepole with some limber pine, are fabulously contorted here, and the views west become more and more impressive. As the trail finally gains the top of the ridge, it opens up south and east, allowing the first glimpses of San Jacinto and a fuller glimpse toward San Diego. Unfortunately, the air was pretty smoggy from the fire, so the air was not pristine. Still pretty good views, though.

The trail passes Washington’s Monument, which has nothing to do with our first president and everything to do with a surveyor who surveyed from this point. The view here is actually much better than what you’ll see at the peak, which is partially ringed by obtrusive pines. From the monument, the trail continues on to the peak. A cairn marks the short scramble to the top from the main trail, and a rock pile and ammo can indicate the peaks location and register.

After enjoying the view from the peak and the monument, I raced the sunset back down to Limber Pine. I got there just in time to cook dinner on a flat spot overlooking the city. Kyle ate his rice and beans and I ate my rehydrated chili from earlier in the week as the sun set over Baldy and the lights came on in San Bernadino. As the wind picked up and the temps plummeted, we headed to bed, where I tossed and turned a bit in my bivy. The bivy has its perks, including its low-weight and small size, but it does not offer a lot of room to stretch out. I’m reconsidering it as an option for the JMT. 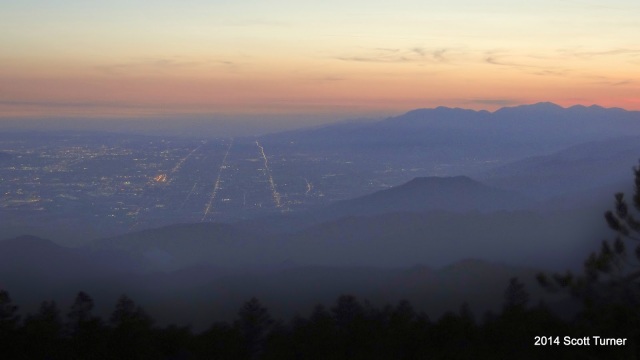 We awoke just after dawn the next morning and quickly proceeded to pack up. After a cold-ish breakfast and a few more moments soaking in the view, we headed back down the mountain past ever-growing crowds of weekend dayhikers. As we came up on a Friday, we had the mountain all to ourselves. Meanwhile the heavy traffic persuaded us that Friday is the night to go when it comes to Limber Pine Bench. We got to the car before the temps got too hot and parted ways with next weekend’s jaunt up Mt. San Jacinto on our minds.

Overall, this is a great training hike for longer treks in the Sierras. This is part of the Six-pack of Peaks, which also includes Mt. Wilson, Cucamonga Peak, Mt. Baldy, Mt. San Jacinto, and Mt. San Gorgonio. I intend to hike all of those except perhaps Cucamonga. Not only is the peak a great training workout, Limber Pine Bench, with its incredible views and stunning location, may be one of the finest backpacking spots in all of SoCal.