The Sweetwater river drains the Cuyamaca rivershed before dumping its contents in the Sweetwater Resevoir. At its headwaters in Green Valley, the Sweetwater is an unspoilt watercourse along which one can spend a cool, sunny day.

Note: There is am $8 day fee to park at Green Valley park. Moreover, the park is closed to all but backpackers, so paying a day fee won’t happen unless you come during Spring-Summer. Drive a half mile up or down the road and you can park for free. 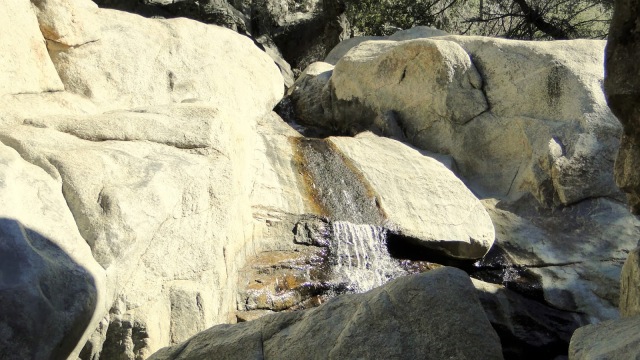 I went back to Cuyamaca State Park for a test-run of a bunch of new backpacking gear I bought. The goal is to reduce weight from the average 40 lbs to a more comfortable 20-25 lbs. This would be in service of hiking long-distances over multiple days without experiencing the discomfort that comes with a heavy pack. That discomfort means that it as much about the hike as just getting to your destination without crumbling from exhaustion. With less weight, there’s less strain. When there’s less strain, there’s more enjoyment. 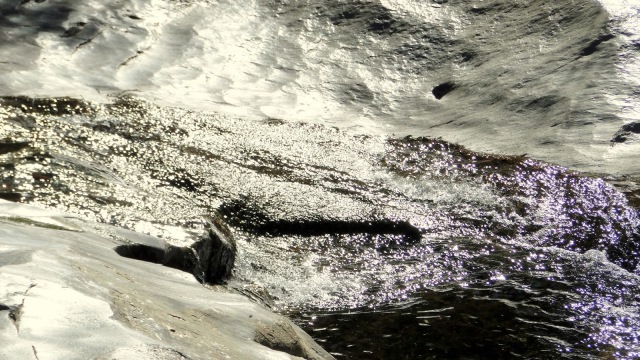 After hoisting my newly-lightened gear, I set off first for a loop around the south end of Cuyamaca State Park. The Sweetwater River runs out of Green Valley through a descending canyon that leads to the lower elevations near Descanso. I hadn’t seen this part of the park except from peaks, and it looked like a nice alternative to the more strenuous and less water-friendly hike I had originally planned. It’s drier and less scenic, but still pleasant in its way.

The Sweetwater does not come off like much of a river. At this point, the river collects the various spring-fed streams from the higher elevations of the park. Eventually, it gets reasonably wide, but it would still make a Midwesterner laugh. It earns the name river despite its diminutive stature by being the main outlet for water draining in the Cuyamaca River shed. A river gets fed by creeks, which in turn get fed by springs and streams. San Diego has a number of such rivers, even though most are currently running dry.

After passing the nice but not remarkable Green Valley Falls, the trail runs at times along the river and at times up above in the brush. After descending into a valley, the trail hits a junction with a towering Jeffrey pine and then turns right and begins to climb. After crossing the river again, the trail climbs up a shallow ravine drained by a now-dry creek. The woodlands around this creek are demonstrating how well oaks recovery from fire. Ten years later, and each fire-scarred tree is looking about halfway to being good as new.

The trail climbs until reaching a ridge and a junction with the California Hiking and Riding Trail. Good views over the south part of San Diego, as well as an up-close look at Cuyamaca Peak, make this ridge a highlight.

After following the ridge for half a mile, the trail begins descending and winds back down to Green Valley Park. During the summer, this would be uncomfortably hot, but during a reasonable cool winter day, this was an enjoyable hike. I’d probably skip the falls, which I usually don’t find that enjoyable, but walking along the river was pretty nice.