On the second day of the trip, I headed out of the forest and into the upper reaches of the Marble Fork River watershed, where numerous glacial lakes are accessible on a dayhike or on brief backpacking trips. While it takes a bit of time to climb out of the forest, the results are spectacular once the tree canopy is transcended. Here is the side of Sequoia National Park that only the more determined visitors see.

Note: There is a $20 entry fee to visit Sequoia National Park

Most of Sequoia National Park is actually inaccessible by road. While thousands of people have their picture taken in front of General Sherman, countless alpine lakes and rocky peaks bask under sunny skies in complete silence. This massive wilderness stretches south through Mineral King, north through the Kings-Kaweah Divide, and east to the Sierra Crest, where Mt. Whitney presents the only other portion of the park with high visitation. For hundreds of square miles, there is nothing but pristine, alpine wilderness. 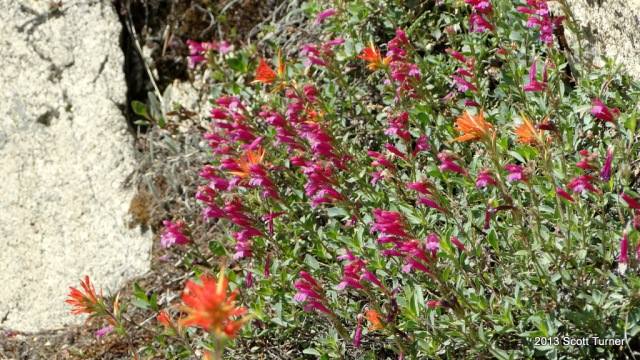 A tiny sliver of this wilderness is available by moderately strenuous and strenuous dayhikes from the Wolverton parking lot. There are no giant sequoias to be seen here, although there is a nice forest of relatively uncommon red fir to be seen. Instead, the two main destinations here – Alta Peak and the Lakes Trail – offer a side of Sequoia that evokes the classic Sierra scene of contorted, lonely trees, deep green lakes, glacial amphitheaters, and towering peaks.

The trail from Wolverton begins climbing in a consistent, but relatively gentle fashion for a little under two miles where it crosses a stream and comes to a junction with the Panther Gap Trail and the Lakes Trail. I took the Lakes Trail to the left, which began climbing more seriously until it quickly came to another junction. From here, there are two choices that end up at the same destination: The Hump Trail and the Watchtower Trail. While the Hump trail sounds like it could be fun, it actually describes what you will be doing, which is getting over the Hump on a no-bullshit switchbacking-challenge. It’s shorter, but much harder. The Watchtower Trail, meanwhile, winds around the top of Tokopah Valley and along the Watchtower formation. The views here are stunning, and should not be missed. Watchtower all the way. 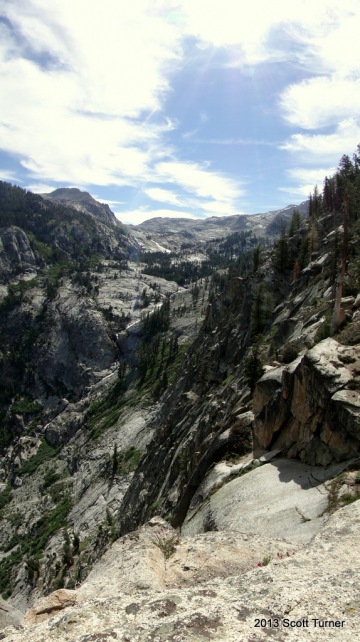 After enjoying the view of Tokopah Falls, the Tokopah Valley, and the upper watershed that feeds the falls, the trail eventually spits you out at the shore of the first of four lakes. Heather Lake is a smallish lake, but it is every bit as beautiful as any Sierran lake. I wanted to spend an afternoon lounging in the sun, but the main drawback of this trail quickly announced itself. I looked down at my bare legs and saw about four mosquitos on each shin, dutifully gorging themselves on blood and making me itch. There would be no lounging at lakes on this hike as I had forgotten to bring bug spray. Therefore, if you take this hike, bring bug spray. It’s a mosquito’s paradise. 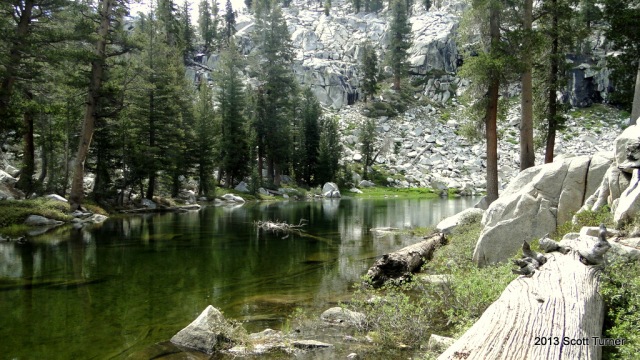 After crossing the creek that drains Heather Lake, the trail winds up and over a ridge separating this glacial basin from the next. In the next basin, Asther and Emerald Lake await. Asther is less accessible, and unless you want to do some boulder hopping, the best way to enjoy it is from above. Emerald Lake is more accessible, and it is here that the Park Service has built a restroom and a scattered campground with bear lockers. This isn’t exactly remote backcountry camping, but bear lockers and restrooms are nice conveniences to have around. I saw a few campsites, but no people while traveling through here. 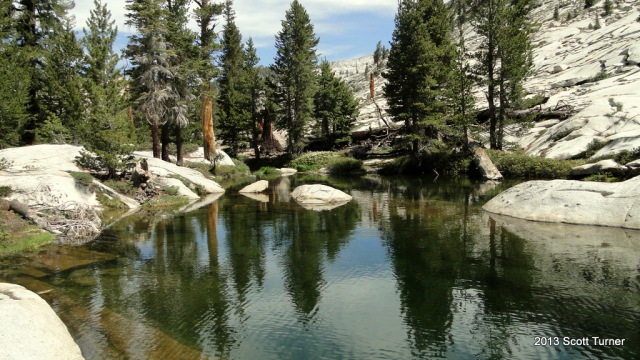 I lounged briefly on the shore of Emerald Lake where I pumped out some lake water to drink on the trip back to the trailhead. My time here was pretty brief as the mosquitos again made themselves a nuisance. I’m a dunce for forgetting the bug spray because this is a beautiful place. Alpine lakes are some of the most gorgeous natural features in the mountains – or anywhere – and hours, if not days, can be spend lounging around the shores. I hope to come back here on a backpacking trip some day to do the area proper justice. 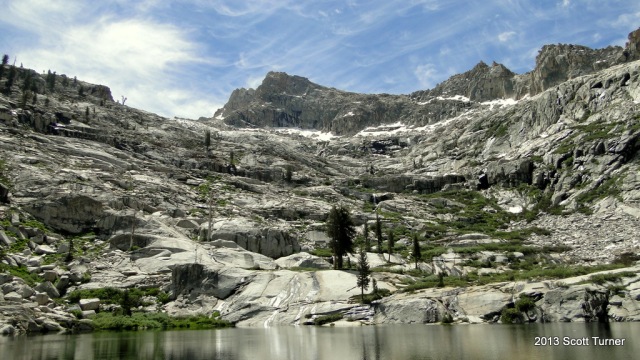 The trail continues on to Pear Lake, but by this point with so many mosquitos bites and a long car ride home, I opted to call it short at Emerald Lake and head back. I headed back along the Watchtower Trail and down into the forest. This hike definitely deserves a less hurried approach. I’ve taken it twice now, and I haven’t completed it either time, whether because of bugs, time, or, as in the first visit, a ton of snow. I highly recommend a hike up into this area as it is dramatic, gorgeous, and unexpected, especially after spending so much time beneath the big trees.

One Reply to “The Lakes Trail”

bikehikesafari.com/
100 Peaks
Nobody Hikes in LA