After the stops at Norris Geyser Basin and Mammoth Hot Springs, Kelly and I set out for a long stretch of driving around the northern loop through Yellowstone Park. To clarify, the road through the park is called the Grand Loop, although the word loop is a misnomer. The road through Yellowstone actually runs in a figure-8. The bottom loop travels counter-clockwise past the major geyser basins (think Old Faithful), and then up along Yellowstone Lake before re-joining the northern loop at Madison Juntion and Canyon Village.

The Northern Loop, upon which we were traveling, passes through Norris, Mammoth, Tower Falls, Mt. Washburn, and Canyon Village before returning to Norris and Madison Junction. We stopped at Tower Falls for a brief look, and then continued on past Mt. Washburn, where we snapped a few pictures and enjoyed a nice picnic at a lovely meadow.

The east end of the northern loop passes through much beautiful high country. The two main attractions on this portion of the park are Tower Falls, which we didn’t explore due to trail closure, and Yellowstone Canyon, which is more commonly known as the Grand Canyon of the Yellowstone. The two most dramatic features here are the waterfalls and the canyon itself.

The two falls, upper and lower, occur when the Yellowstone River reaches a particularly hard layer of volcanic rock that will not erode as quickly as the surrounding rocks. At this point, the river plunges over the cliff dramatically. The upper fall plunges 108 feet, whereas the lower fall plunges 309 feet. Numerous viewpoints are available to admire the falls, although we would soon learn that some are more worthwhile than others. 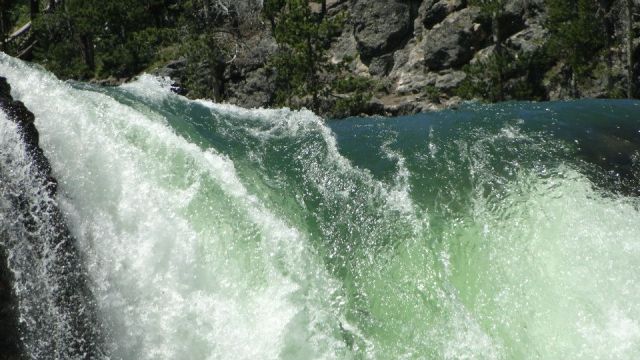 The most popular view point is Uncle Tom’s Trail. Here again we have another misnomer, since the trail is less a trail and a steel staircase pounded into the rock. To reach the bottom, which features an imposing and overwhelming view of the lower fall, you descend a good 400 feet to sit at a crowded platform, all while feeling enormous pressure to get out of the way so that the person behind you can have their picture taken. Not that we were any different. We stayed just long enough to take a picture of ourselves blocking a waterfall. Eff you waterfall. We’re cuter.

While we descended, a woman was following me only one step behind. That’s annoying in optimal stair-descending conditions. However, this staircase was old, a little precarious, and, should I have fallen, broken bones and possible death could have ensued. It was not a pleasant experience, and therefore I cannot recommend taking the stairs.

Much better were the views further down the rim of the canyon, along which an undulating trail travels from west to east. There are numerous viewpoints here which not only take you away from the pounding intensity of the waterfall, but also remove you from the intensity of the sight-seers. Here, you can soak in the canyon, which I felt was more impressive and noteworthy than the actual waterfall. You also get the waterfall, which you can view in its entirety without having to feel the pounding pressure of millions of tons of water crashing down.

If that’s your sort of thing, great! Take the stairs. Kelly and I, however, don’t have a lot of love for waterfalls. Kelly describes them as aggressive, which I think is apt. They’re intimidating, and they do give me the feeling that they’re not safe things. People die getting too close to waterfalls. They are powerful things that are best kept at a distance. But like I said, if you want to get within 100 yards of one, go for it. Just don’t ask me to go with you. 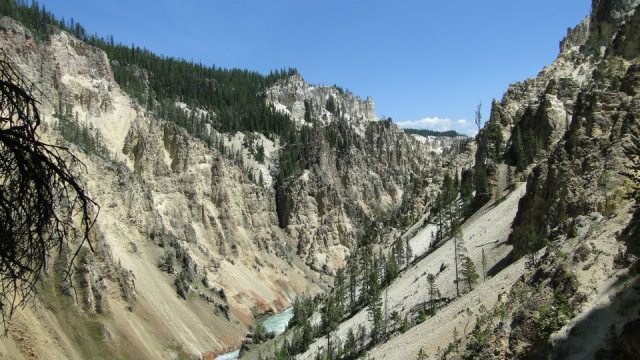 The canyon here is a beautiful place. The rocks burst forth in multiple hues, from red to purple to green to yellow. The yellow stone is predominate, which is part of the reason the park has the name Yellowstone instead of the name “Great American Geyser Park of America” or some crap like that. It is indeed a “grand” canyon, and while not on the scale of the Grand Canyon, it does inspire a sort of awe that is both more comfortable and less intimidating than the fall. Just don’t get too close to the edge, because the canyon is 1,000 feet deep. 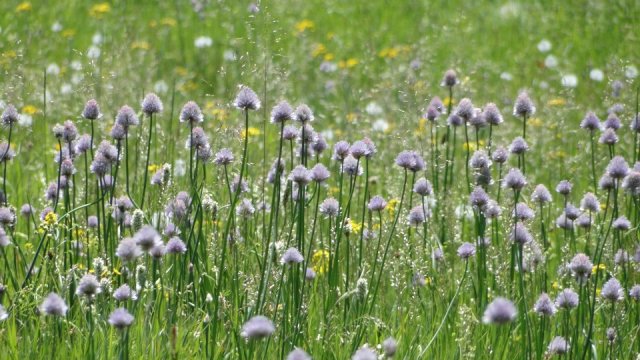 We enjoyed this section of our trip a fair amount, but I have to admit that sight-seeing fatigue was taking hold by this point. We had already been moving around for eight hours by now, had hiked several miles, and had seen a huge swath of the park. Plus, it was a pretty warm day, and every uphill stretch (and there are many, regardless of what flatness you might expect from the rim of a canyon) was a chore.

It’s a beautiful place though, and I would recommend it mainly if you have multiple days in the park. If you’re trying to cram, as we were, cram this first and early, since it will cause a lot of a fatigue to come here mid-day and fight off crowds, as I did when a flock of teenagers almost overwhelmed me at the viewpoint for the upper falls.

* I’ve been way behind on blogs due to a very busy schedule. I’m including my current mileage on the year here since I won’t blog any of my recent hikes and because I want to keep the total current. Don’t think I somehow hiked 25 miles on one hike here.