I took this trip at the end of March, 2011. I experienced snow, rain, and sunny, 70 degree weather in the space of four days. This was also the first time I used my camera, which has proved to be the second best investment I have ever made – after my Honda Civic, which has still never let me down after 9 years. 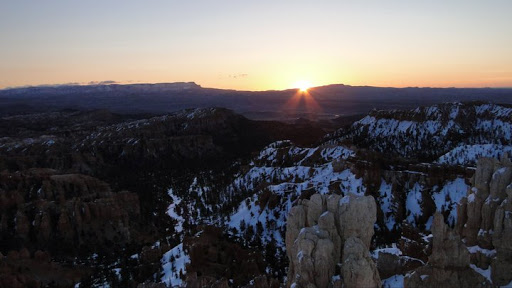 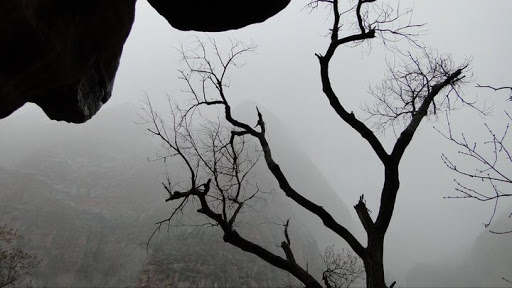 Taking shelter in a cave during a rainstorm

Checkerboard Mesa as the storm was breaking up

Snow icing the hoodoos at Bryce

One of the Kolob Canyons

Branches dripping during the storm 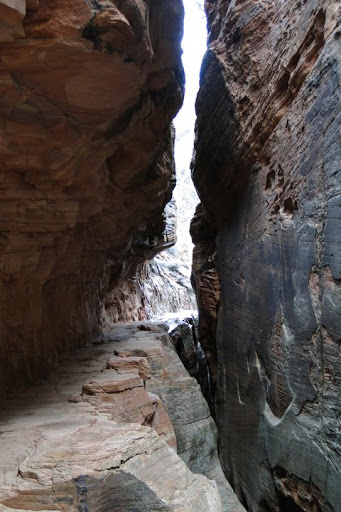 Snows on the Bryce Canyon rim

Zion Canyon and the Virgin River during the storm

Wall of Windows on the Peek-a-Boo Loop

Spring wildflowers on the canyon floor

Me at Yovimpa Point in Bryce Canyon 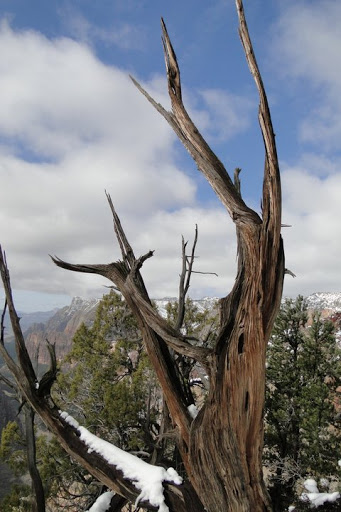 Branches on the Observation Point Trail