This is part one of a two part, two day exploration of Malibu Creek State Park. This particular hike includes all the above-mentioned trails, done in sequence in one hike. 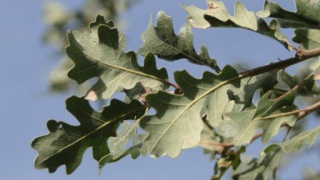 For me, Malibu Creek State Park is the comfort food of hiking. I’ve been here at least a hundred times, and I’ve hiked every inch of the park. I’ve seen it at dawn, sunset, in the rain, during a summer heat wave, as a muddy swamp, dry as a bone, in fog as thick as soup, and in harsh, relentless sunlight. When I’ve lived in California, I’ve never lived more than 20 minutes from it, and so it has become my go-to hiking spot if I just want to get a quick hike in. And like comfort food, it is neither gourmet nor particularly exotic, and yet its familiar comforts almost always satisfy a craving for some quick nature time.

This is a highly visited park, and in some ways, it’s really two separate parks. One park, the one that includes the first stretch of Crags Road before the hill, the rock pool, the M.A.S.H. site, the ranch house, and the area around the lower stretch of the creek, is almost always crawling with hikers and mountain bikers. If this was all one saw of Malibu Creek, one might walk away only mildly impressed at best. In fact, one might as well not come, since this area of the park has earned Malibu Creek something of a negative reputation among some hikers. It has its charms, but ultimately, it is overused and overdeveloped, and makes the place feel more like a park and less like nature.

The second park, the one that includes the Lost Cabin Trail, the Forest Trail, Bulldog Road, Lookout Trail, and Cistern Trail, covers territory that, while not remote, can often feel remote. Additionally, Malibu Creek features some interesting sights throughout these areas that make them more compelling, despite the fact that fewer people seem to venture into this area. For instance, the Forest Trail is a quick 1 mile out and back that plunges into a thick grove of live oak, bay, sycamore, and yes, coast redwood. The original owners of Malibu Creek, which was once ranch land, planted redwoods throughout certain portions of the park, and here, next to lily-pad-studded Century Lake, ten or so redwoods tower above the surrounding vegetation. Likewise, Bulldog Road, which I will cover in part 2, winds a tenacious 1,600 feet to a saddle on Castro Peak, the third-highest peak in the Santa Monicas. The vistas, which include the ocean, Conejo Valley, San Fernando Valley, the Simi and Santa Susana hills, and the San Gabriel mountains, are spectacular. In the midst of all of this lay Malibu Creek, one of the few continuously flowing creeks in the area, craggy sandstone outcrops that famously set the backdrop for the M.A.S.H television series and film, groves of impressive coastlive oak, and solitary valley oaks.

Note: I am excluding the rock pool from this write-up primarily since I avoid that spot as often as possible. There are always a ton of people here, making a ton of noise and doing really dangerous things like jumping off of 40 foot cliffs into shallow water. That’s their business, but I want no part of it. 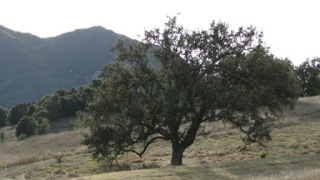 The Grasslands Trail within M.C.S.P. represents a .7 mile portion of a larger trail that stretches toward Calabasas. It passes from Mulholland Rd., where one can park for free, granted that one doesn’t mind adding nearly a mile and a half to a hike. The trail passes through open grassland studded with the occasional valley oak on the right, and a creek blocked from view by riparian woodland to the left. Deer are frequently seen here in the evening, and the view of the crags, Malibu Creek, and the ranch house, which one attains after a brief climb, is one of those moments that makes any kind of climb more than worth the effort. 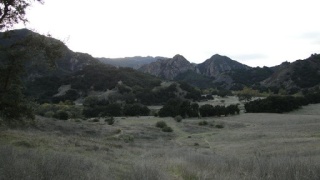 Distance: 1.4 miles, out and back
Elevation gain: About 250 feet

Tucked off to the side near the M.A.S.H. site, the Lost Cabin trail is an afterthought for most people, yet it presents an enjoyable side trip with views of an inaccessible, and therefore untouched amphitheatre-like canyon. The cabin is indeed lost – there’s no hint of foundation, and the trail dead-ends somewhat disappointingly at a sign that warns of the dangers of ticks. There is an unmaintained trail that crawls through the chaparral, but I’ve never taken it since it’s practically a guarantee of bringing home a few hitchiking bloodsuckers. The best parts of this trail, aside from the unspoiled, remote feel and the lack of people, is the prevalence of wildflowers during the spring months. Long stretches of sun-drenched grasses yield a carpet of bright yellow, orange, red, and purple blooms during February, March, and April.

Distance: 1 mile, out and back
Elevation gain: Negligible 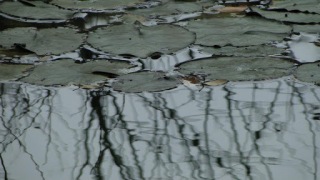 Easily the post picturesque and serene stretch of the park, the forest trail covers a half-mile stretch of the man-made Century Lake. Along this stretch of shore, which hugs the north-facing side of one of the Goat Buttes, is always about fifteen degrees cooler than the sunny, exposed north side of the shore. The trail passes between contorting coast live oaks, smaller, shade-loving bay trees, thick nests of vines, ferns, and poison oak, and, of course, under respectably tall redwood trees that were planted at fairly regular intervals. The presence of the redwoods give the trail the name “forest,” although the shade, coolness, and density of the flora make it easy to imagine being in a forest somewhere far away from sunny southern California. During the summer, lily pads bloom, and the shade offers a respite from the oppressive heat. During the fall and winter, the cool, green-blue shade creates a hushed atmosphere that is occasionally punctuated by a community of ducks that call the lake home. I have come here countless times after work, during every season, simply to sit, read, nap, and relax, and I always leave feeling refreshed. 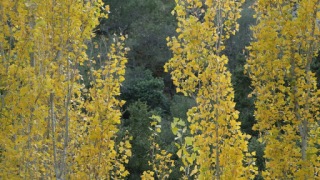 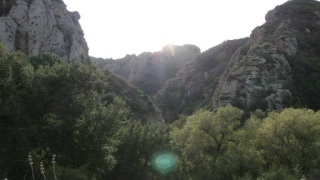 Crags road stretches from the main parking lot on the east side of the park to the western boundary of the park where the road becomes paved and enters the residential community of Malibou Lake. The road roughly follows Malibu Creek, and is the main trail from which all other trails branch throughout the park. As a trail, it is a well-maintained fire road, wide enough for several people. It is frequented by mountain bikers, and is very highly traveled since it features the ranch house, the trail to the rock pool and the climbing rocks, and a few picnic areas.

However, once past all of these “attractions,” Crags takes its only real climb (about 500 feet), which, thankfully, deters some of the more rambunctious hikers who have little interest in sweating over a hill. On the other side of this hill, the trail quiets down and opens up with some of the best views in the park, including the one above which is the hiker’s reward for making it up the hill. The trail winds its way through a narrow valley dominated by the Goat Buttes and Century Lake. The trail then takes a sharp southern turn and plunges into the dense riparian wilderness of Malibu Creek. The trail narrows and becomes rocky, feeling distinctly like a jungle.

After the trail emerges from the dense thickets of willow trees, it takes a westerly bend and opens up onto the M.A.S.H. site, where a few rusted hulks of the original vehicles sit forlornly, and a few interpretive placards reveal a map of the set and some information about the show. There’s not much to it, but people love to come here, giving Malibu Creek one of the highest attendance rates of all of the state parks in California. Just past the M.A.S.H. site, Crags offers two spurs, Bulldog Road and the Malibu Dam access road, which I will cover in part 2, before it dead-ends at a gate. 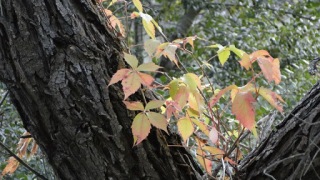