Convict Lake is a subalpine lake about 15 minutes south of the town of Mammoth Lakes. In addition to a network of trails extending into the mountains above the lake, there is a fun and rewarding 3.3 mile loop circumnavigating the lake. While this lake differs from the usual alpine lakes of the High Sierra, is does feature a spectacular marshy section with a boardwalk and a dense forest of aspens and cottonwoods, both of which were awash in fall color. 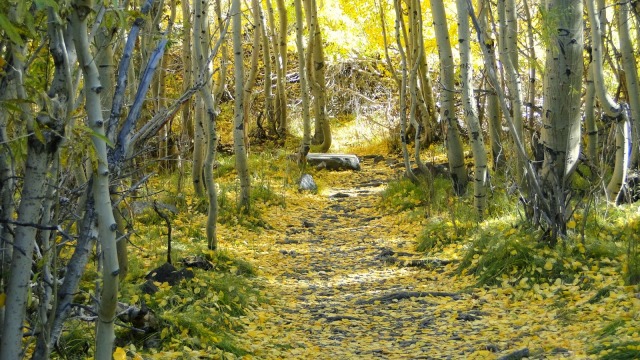 After a morning full of fall color, I came upon a National Forest campsite that had its gate open. I drove in, and to my surprise saw several different groups camping. I figured, hey, the Forest Service must be letting some things slide, and so I set up camp underneath a small grove of Jeffrey pines. 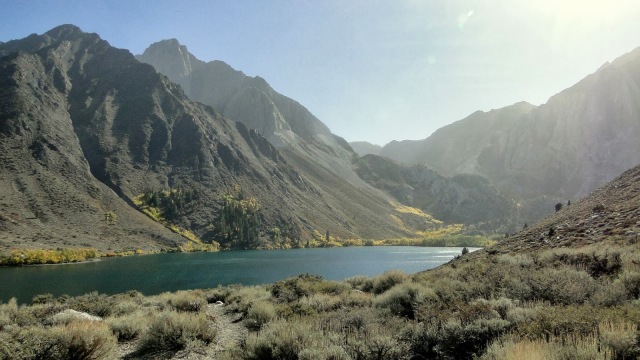 Not 10 minutes into my nap, the first of three rangers came by. The first told me that the gate was dummy-locked and that I would need to lock it behind me  if I left. As he walked away, I had the thought that Forest Service must be pretty lax about the whole shutdown thing if they’re letting people in and out on the sly. A second ranger came in about an hour later and gave me a notice to vacate, but said that as long as I did so by Saturday morning, it wouldn’t be a problem for me to stay. Great! No problem! I’d be out of there by 5:30 AM Friday morning.

The third ranger would come by around 8:00 PM, and ask me why I was camping at a closed campground. He seemed pretty annoyed by me being there, but he accepted my explanation, given my previous conversations with the other two rangers. All three of them appeared to be on different pages, but I guess that’s to be expected when you’ve been told to work without pay. It’s a damn shame that these guys are pawns in Congress’s game, and you can pretty much measure the degree of frustration and irritation based on their attitude.

I left the campground for several hours to go check out Convict Lake. The lake sits at about 7,500’, which is lower than most lakes in the Eastern Sierras. There is a relative lack of trees, but, given that this is the Eastern Sierras, the surrounding topography is spectacular and overwhelming. 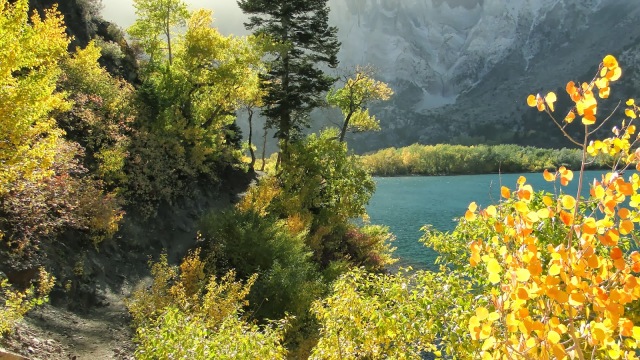 The lake sits within a glacial bowl, and the slopes rise several thousands of feet above the lake on all sides. On the west end of the lake, several streams drain into the basin, all converging in a sort of delta that supports a dense thicket of riparian vegetation, including aspens, cottonwoods, and numerous grasses. This brief segment of the trail was delightful, and I could easily imagine myself content to sit in a shady grove of aspens and read for several hours.

However, I was running out of daylight, and I wanted to get back to the campground and build a fire and make dinner before it got dark. I enjoyed this lake thoroughly, and I would love to start  backpacking trip here and climb into the upper reaches of the basin. 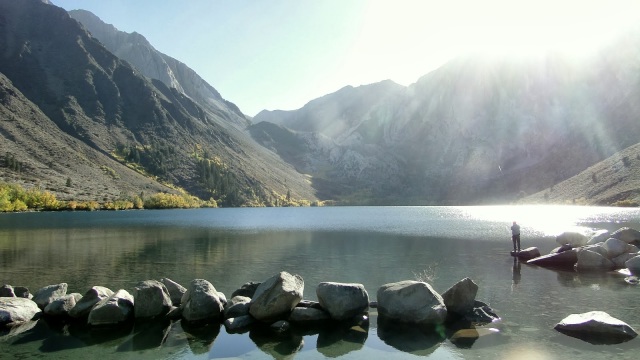 The Sierras are embarrassing with their riches. I wonder if there are any bad hikes here.