The Piedras Pintadas and Bernardo Bay Trails are part of the San Dieguito River Park, which includes a significant chunk of the Coast-to-Crest Trail, Bernardo Mountain, and Lake Hodges. Both trails travel through former Kumeyaay land, and there are many interpretive signs, especially on Piedras Pintadas, that will explain Kumeyaay ways.

I woke up in a rather cross mood at the news that a portion of the Republican party was holding the government hostage to make changes to a law that was already in effect. As a result, my planned tripped to Mineral King has to be cancelled, as Sequoia National Park is now closed. How the government can block access to public land is one thing, but the fact that this is all happening because elected leaders are incapable of doing their jobs puts me a foul mood. This isn’t really a place for politics, and I usually ignore politics altogether, but what the government is currently embroiled in is particularly egregious, and my dander is up. 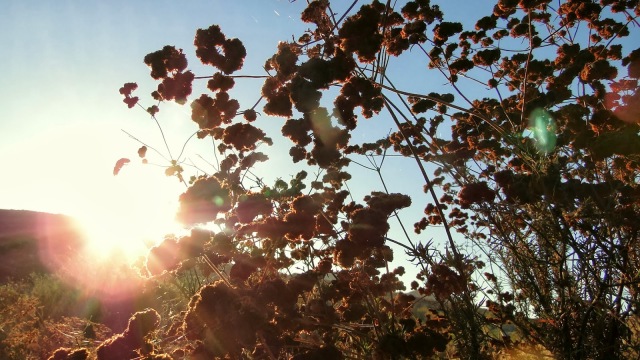 So, enter a modest parcel of public land (county-run), a crisp October morning, and a sparkling lake, and my mood went from foul to fowl. That’s a truly awful pun, isn’t it? At any rate, my mood improved as I walked along the south shore of Lake Hodges, a man made lake in Rancho Bernardo that is also a globally significant bird habitat. There are a number of endanger bird species located here, not to mention hawks, cranes, herons, egrets, and even golden eagles. I saw a golden eagle here last Spring, and even though it was a juvenile, it was a magnificent bird.

My original intention to hike the 3.8 Piedras Pintadas trail fell by the wayside as I tacked on the Bernardo Bay Trail. This is a great trail to bird watch, if that’s your bag, and there are a lot of great views of the topography. Bernardo Mountain is particularly handsome as it looms over the lake. From here, the trail loops around a small hill while contouring along the water line. After about 2 miles it rejoins Piedras Pintadas to cross a few small creeks and a soggy marshland left behind as Lake Hodges has gotten progressively drier during the season. 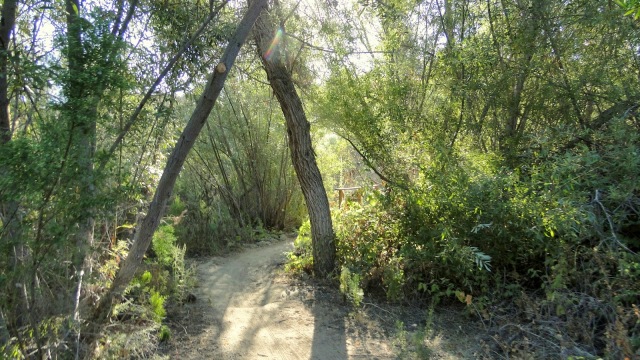 Mostly, the terrain is gentle and rolling. The flora is mainly sage-scrub, which is very dormant this time of year. In several stretches, riparian flora, such as the willow trees above would emerge, as would scattered groves of oak trees. The flora is pretty well preserved, particularly since there are so many animals to protect here. With all of the water around, the wildflowers are supposedly pretty great in these parts, although this time of year will yield little to nothing.

The Piedras Pintadas Trail leads west to a loop that climbs a small hill and affords some good views of the area. Along the way, you’ll find a lot of different interpretive signs explaining what plants are what. There’s an old oak tree with a set of bedrock morteros where Kumeyaay Indians used to grind acorns, their staple food, into flour. The morteros are arrayed in a circle, and you can almost hear the Kumeyaay ladies gossiping around the mill. It’s a lovely spot, and it evokes a time long gone. 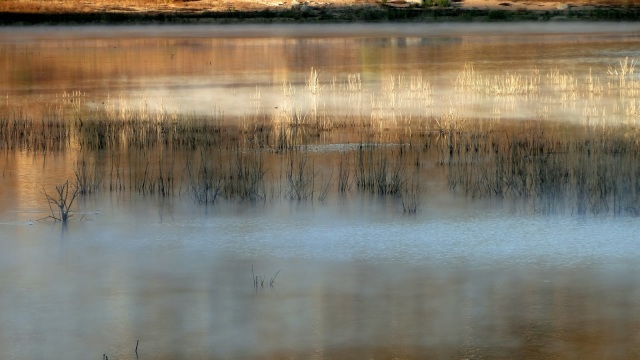 One Reply to “The Piedras Pintadas and Bernardo Bay Trails”