Charleston is the oldest and second largest city in South Carolina. Founded in 1670 by friends of King Charles II, this city would eventually become one of the most important, and notorious, ports in the south. Famous for its gardens, plantations, mansions, and manners, this city is considered the most polite, best dressed, and friendliest in the South.

Note: You won’t need an Adventure Pass to park here, but you’ll probably have to worry about other costs and fees.

Like the Dos Equis guy says, I don’t often take urban hikes, but when I do. . . Taking an urban hike usually comes with the requirement that the city provides trails and parks that enable the sense of actually hiking. Charleston doesn’t really do that, but the process of wandering and admiring all the sites is exactly the same. So, instead of hoofing it on dirt and rocks, Kelly and I strolled over concrete through one of the older and more historic cities in the country.

Of course, Charleston comes with a rather dubious, or illustrious, history, possibly depending on which side of the Mason-Dixon line from which you hale. This city became an important port town, becoming both the shipping outlet for cotton and the receiving end for slaves. Charleston became the major American axis on the slave trade, and many Africans passed through here before bondage.

As is true in any economic system that pays little to nothing for labor, the city flourished, an numerous mansions, all impressive, flourished. The city remained a very attractive locale until the state got fed up with the Federal Government’s attempts to impinge its rights. The South Carolina army opened fire on the Federal base at Fort Sumter, thus triggering southern secession and starting the Civil War.

The city’s prosperity was nearly destroyed by Reconstruction, as well as a 7.3 earthquake in 1886. It took the city until the 1970’s before it regained its former glory and charm. However, this time, Charleston’s prosperity is based on tourism and a thriving IT sector. The city of today is charmingly small and easy to maneuver, and there are numerous secret gardens and nooks around town that invite hours of exploration and trigger fantasies of sweet tea, porch swings, soul food, and hot, humid nights.

That’s not to say that the Charleston of today is perfect. The black population still fills the servant role to a large extent, only this time manning the flat top stoves in the restaurants, hauling luggage up to the hotel rooms, and driving the buses. Most minorities live on the outskirts of the wealthy city center, but this is no different than most of the countries in the city. It simply seems more explicit here. 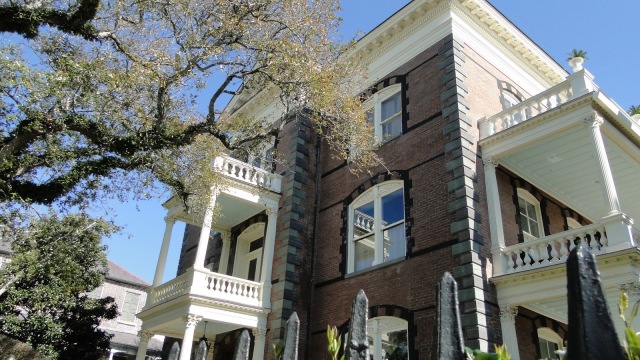 Anyhow, this isn’t intended as a cultural criticism of Charleston, or even the segregated nature of the economy and the culture in general. I focus on it mainly because it presents an interesting challenge for a city to celebrate its own culture. There are things to be ashamed of and things to be proud of, and I remain curious how the city reconciles the dark and light parts of its history.

However you look at it, Charleston remains a lovely city, on par with Savannah and New Orleans for rich history, excellent food, southern charm, and sights unique to urban North America.