Relict, n: a remnant or survivor.
Species, n: a distinct sort or kind

There comes a point when using words to describe something becomes futile. There usually follows a point where one will try to make analogies or metaphors to try to get at the essence of a thing, while foregoing direct verbal description. When that fails, people will sing songs or draw pictures. However, at some point, one simply has nothing left to do but stand and be in awe.

People have been talking about this tree in this way for as long as they’ve been aware of it, mostly because it defies comprehension, baffles perception, and seers an image in the mind of something that does not belong in this era of the world. This tree is often 3-4 times the size of even the most impressive deciduous trees, and the only tree that approaches its stature is its cousin, the Coast Redwood. Simply put, it is very difficult to wrap ones mind around what this tree really is, and I have found that one can only fully appreciate it by immersing one’s self in the awe that such a thing exists.

The ancestor of this tree was once common from Nevada to California, but as the climate changed over the eons, the ancestor split into the two distinct species that we know today. Gradually, the range of the Giant Sequoia shrank until it reached its present distribution, which includes 68 scattered groves between Lake Isabella and Lake Tahoe in the Sierra Nevadas. 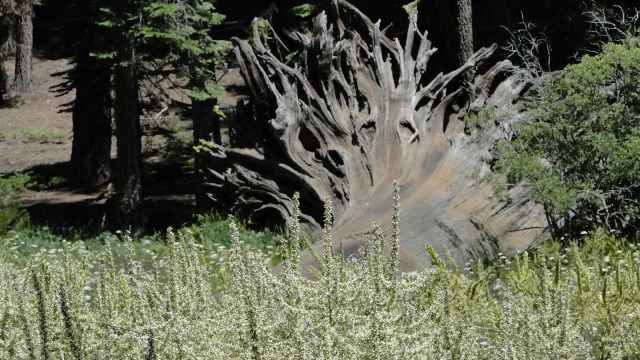 One can attribute this scarcity to the lack of ideal climates for the tree to thrive. The particular conditions that this tree requires include heavy annual snowfall; long, mild growing seasons; abundant water; rich, alluvial soil; north facing slopes that don’t slant at a heavy angle; and the presence of regular wildfires, upon which this species depends for survival.

Indeed, it is one of the most impressive plant relicts in the modern world. Other relict species intrigue because of their quirks and rarity, but the Sequoia boldly suggests another era in the history of the world when largeness was the rule instead of the exception. This tree dominates surrounding trees, many of which are the largest of their own respective species. The sugar pine and the red fir are both among the largest of all firs and pines, and yet they seem like matchsticks when compared side-by-side with a mature Sequoia. 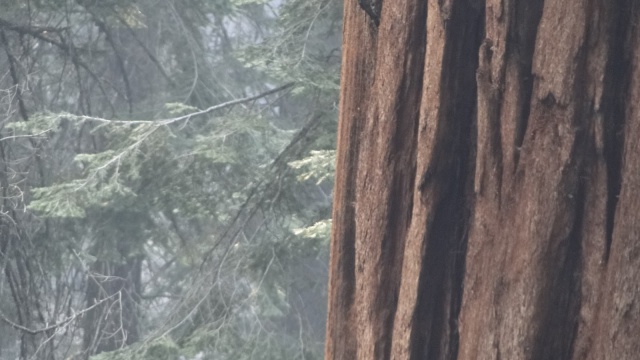 Humans respond to these trees as if they are heroic, benevolent, majestic, and powerful. Names like “The President,” “General Grant,” “King Arthur,” and “Genesis,” reveal the level of reverence, and even hero-worship that people display for these trees. Such naming reflects the recognition that we view Sequoias as the lords of the plant world that is already bewildering and overwhelming in its variety, beauty, and depth.

And yet all of the grandiosity, the metaphors, the impressive stats, and the bewilderment avoids the true magic of these trees, which is something one must experience for one’s self. Stand in the middle of Giant Forest on a summer morning, while there is still a chilly stillness in the air. Listen to the echoes of squirrels scurrying about on the higher branches or pine cones landing with a muffled thud on the carpet of rich soil and plant detritus. Take in the rich scents and the vivid colors of grass, wildflowers, and butterflies in a meadow.

The magic of this place and this tree it that it remains on of the, if not the most profound, graceful, awe-inspiring, serene, and transcendent natural experiences in all of nature. If one is open to the experience, this tree will open up new worlds of appreciation, enthusiasm, adventure, and internal quiet, as it has done for me. This tree started me on the hiking craze, and I return to it every chance I get to learn from it, appreciate it, amble in its shade, and admire that such a phenomenal thing exists.