The Marble Falls Trail leads to the cascading Marble Fork of the Kaweah River in a deep gorge just west from Giant Forest in Sequoia National Park. While the park is famous for the big trees and the high country, this trail features the foothills, which include chaparral, riparian, and oak woodland ecosystems.

Aside from the popularity of the campgrounds, the foothills of Sequoia National Park remain relatively under-visited. The two campgrounds here, Potwisha and Buckeye Flat, see their share of visitors, but the modest network of trails here often goes ignored. This is partially because the scenery is less spectacular than that of the classic mountain scenery at the higher elevations and partially because the temperature during the summer is often in the 90’s to 100’s. 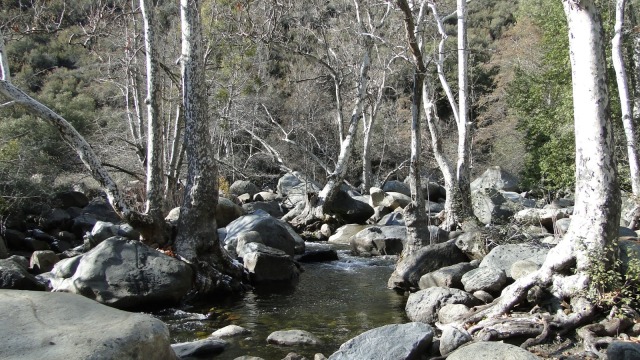 That’s not to say this part of the park is without its charms. The foothills include deep canyons gorged out by the Kaweah River, which is one of the major watersheds of the Sierras, draining Giant Forest, Tokopah Valley, Mineral King, and the Great Western Divide. Kaweah Canyon itself is deeper than the Grand Canyon, though far less broad. The nearby Marble Fork of the Kaweah cuts a smaller, but still impressive gorge through which one can hike to a long, cascading waterfall. 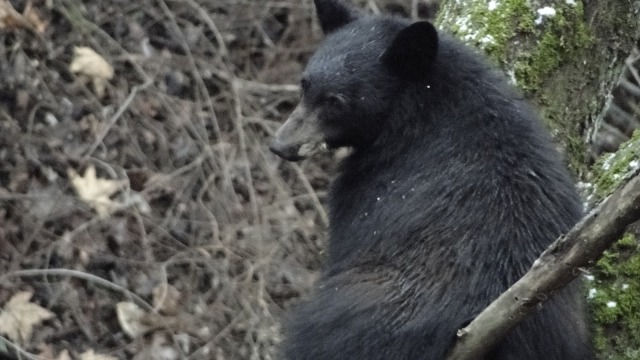 This trail runs mainly through chaparral and oak woodland, which alternate according to which direction the slope faces. The cooler north-facing slopes are sheltered by oaks, bays, buckeye, maples, and sycamores, while the hotter, dryer south-facing slopes are clothed in chamise and manzanita. This ecosystem is common through most low-lying Southern California mountain ranges, but the diversity is greater at Sequoia due to the greater rainfall.

Kyle and I hiked this trail on a particularly cold January day during a storm system that had deposited snow at elevations below 3,000′. Patches of snow accumulation remained on the north-facing slopes, and a heavy layer of low-lying clouds blocked out the sun above us. It was cold – so much so that it started to snow lightly on our return trip.

We didn’t make it to the waterfall due to the late start, but we had a pretty good view from our turn-around point. The turn-around point itself marked a part of the trail where the scenery really started to get interesting, as the trail entered an amphitheater dusted with snow and crowned with conifers. This would be a great trail to take in the springtime when the chaparral is in bloom, the waterfall is at maximum flow, and the weather is warm and clear.

We wrapped up our hike at our campsite at Potwisha Campground, which is the lowest of the campgrounds at Sequoia. The campground itself is nice enough, but it would be a furnace in the summer. Nearby Buckeye Flat is more secluded and shaded, and is preferable for those reasons. Potwisha is also first-come, first-serve, so staying here would be more a matter of luck or necessity should the upper elevation campgrounds be full. Not a bad little campground, though, especially during times of the year when it doesn’t dip below 20 degrees during the night. 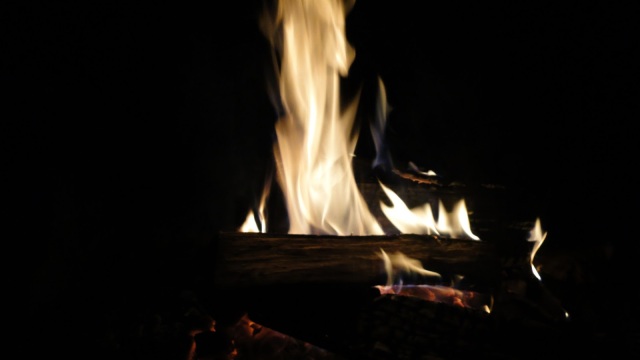