Willow Hole and the Wonderland of Rocks. That sounds like either a fantasy movie or an album by an obscure prog band. Turns out that this is an actual place – and a beautiful one, at that.

This was the signature hike for this camping trip. I had been here once before in 2009, when I drove here in the middle of the night to watch the Leonid meteor shower. As the sun rose, I walked down the Boy Scout Trail and into the Wonderland with the goal of finding Willow Hole. I never found it, and I concluded that I was lost. I found Willow Hole this time around, and, as it happens, Willow Hole was only 100 yards from where I had stopped the first time. 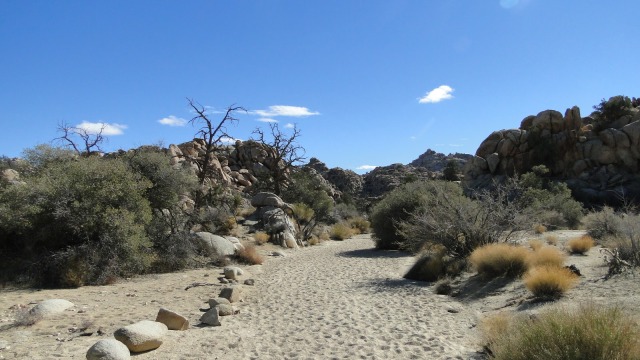 Willow Hole is the name for a section of one of the many flood washes in the Wonderland of Rocks. In most of the washes, flash flood water comes roaring through, only to drain out into the desert or into a reservoir. However, at Willow Hole, the water tends to accumulate in a depression. This abundance of water allows more luxurious plant life, such as willows, to flourish. Depression + Willow = Willow Hole. 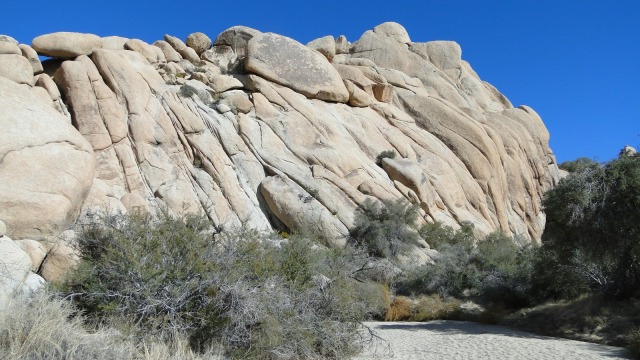 The Wonderland of Rocks is another story. This region of Joshua Tree features a bewildering maze of eroded granite blocks that is criss-crossed by a multitude of flood washes. This topography has made Joshua Tree famous, particularly among rock climbing enthusiasts. 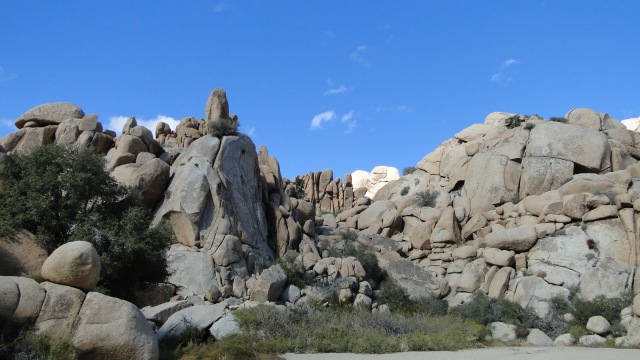 This section of the park is notoriously difficult to navigate. A number of years ago, a hiker wandered into the Wonderland and became lost for 5 days as he wandered in and out of a number of rocks. The only reason he survived was because of a freak rainstorm. Without some kind of Ariadne thread, this place is an impassable labyrinth. BE CAREFUL if you hike here. 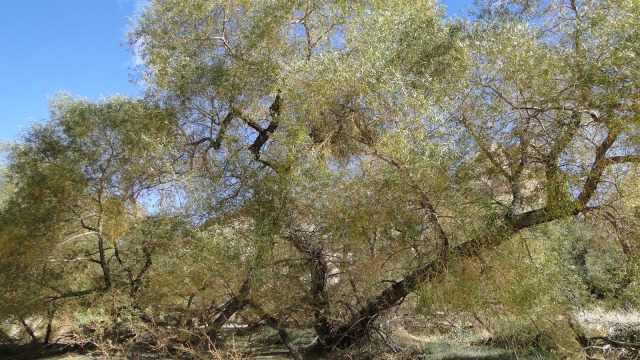 These awesome boulders got here due a long process of earthquakes, uplift, and erosion. Magma cools deep within the earth’s surface and forms itself into large blocks of granite. For millions of years, earthquakes create stress fractures in these granite blocks, which forms faults. The same tectonic movement of the earth’s plates caused the Little San Bernadino Mountains to rise, which also pulled the granite blocks closer to the surface. Once these blocks rose through the surface, water and ice began to act on the blocks, filing away the rock in the cracks. Over many years, water erosion transformed the solid blocks of granite into a million piles of rock. 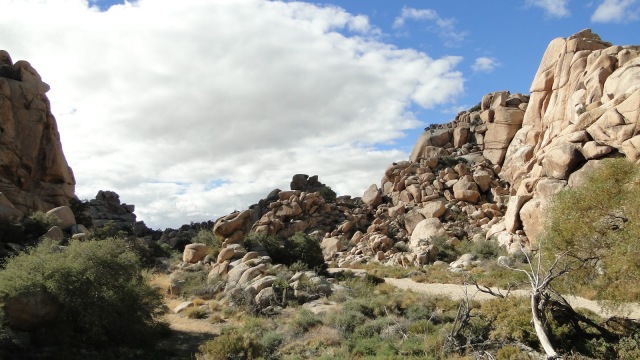 Rainfall has to flow somewhere, since the primary principle of water is that it will always flow to the lowest spot. As the water flowed, it scoured the boulders, eroding small particles (sand) away. This sand accumulated in the common channels, creating the washes. Thus was the Wonderland born. 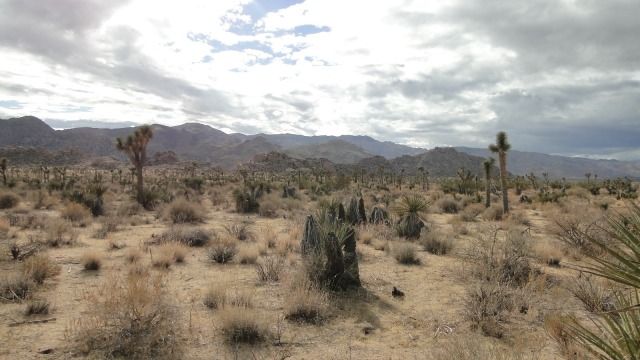 From that junction, you follow the trail as it draws ever closer to the maze of the Wonderland. Before long, the trail becomes a wash, which you follow deeper into the maze. There are some signs indicating which way you need to go, but that still comes with a word of caution. There are a number of possible choices along the way, many of which lead to dead-ends. It is best to leave markers indicating the correct direction at the junctions of washes so that you can figure out how to get back on the return trip.

Safety concern aside, the Wonderland is a phenomenal place. It is otherworldy, eerily disquieting, and beautiful in a stark, evocative way. It is easy to imagine Native Americans making their lives here while seeing a million different gods frozen into permanent shapes in the granite. 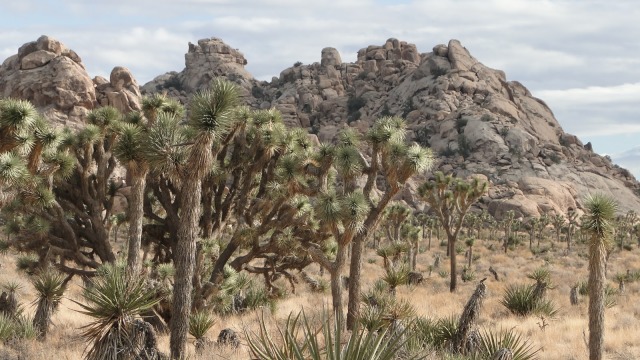 I spend a good hour wandering about at Willow Hole, nestled deep within the Wonderland of Rocks. Sadly, overnight camping is banned here, which is too bad since this would be a phenomenal night to spend the night. Apparently, this place is very popular with bighorn sheep as a water and food source. The sheep take precedence, and rightly so.

This is the last blog in the Joshua Tree series. My original plan was to spend three days here. However, the desert satisfies me a lot faster than the mountains and the forests do. Also, I had very rowdy camping neighbors, and so I decided that I would bypass the extra night and head home, but not before I made a stop at the Palm Springs Aerial Tramway.