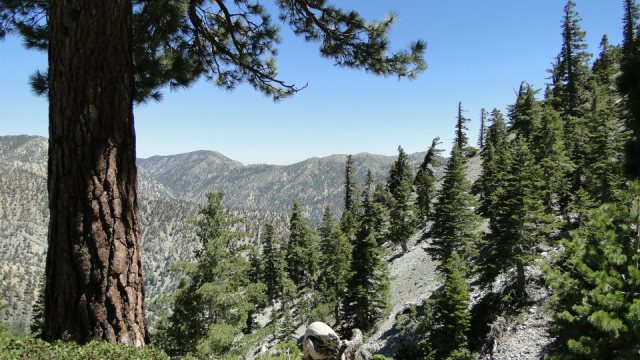 Just wow. This phenomenal hike has so much to recommend to it that I have a hard time knowing where to start. Combine the scenery, the landscape, the demands made by the mountain and the atmospheric conditions, my companions, friends made on the trail, and the sense of accomplishment, and I’m talking about a hike that may go down as one of the best and most memorable that I’ve ever taken.

Mt. San Antonio, better known by the colloquial “Mt. Baldy,” is a 10,064′ massif on the eastern edge of the San Gabriel Mountain range. It dominates a number of notable surrounding peaks, including Cucamonga Peak, Mt. Dawson, Mt. Baden-Powell, Iron Mountain, and the Three T’s. It is probably the most notable and impressive geographical and geological landmark in sprawling Los Angeles County, and it is considered a must-hike for any serious hiker in Los Angeles. While I tend to take a contrarian view about “must-hikes” on the basis that they are usually over-rated, crowded, and mired in red-tape (I’m looking at you, Mt. Whitney and Half Dome), I will freely acknowledge Baldy’s awesomeness and whole-heartedly recommend that you take a stab at it some time during your hiking life. 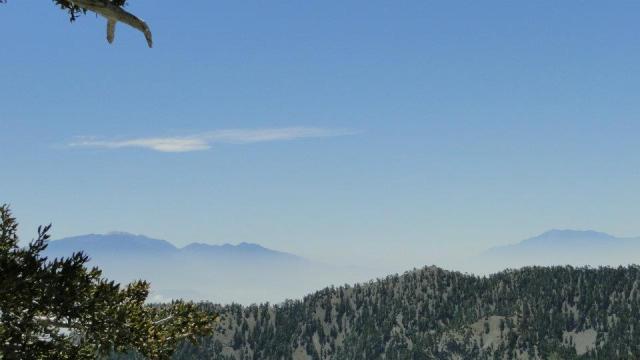 I also had the good fortune to share this hike with a couple of good friends. I was joined by Kevin, whom I’ve known for a several years now and with whom I shared a great backpacking adventure in the eastern Sierras last summer. I was also joined by Taylor, another friend whom I’ve known for some years now and with whom I’ve hiked Boney Mountain, Santa Anita Canyon, and shared a camping trip in the Sequoias (plus an upcoming trip in June). Both Kevin and Taylor are great hiking partners because they also share a deep respect, love, and sense of awe for great natural environments. Not only that, they are both up for a challenge and took on the adventure with enthusiasm, determination, and, when the winds got to blowing, a sense of humor. 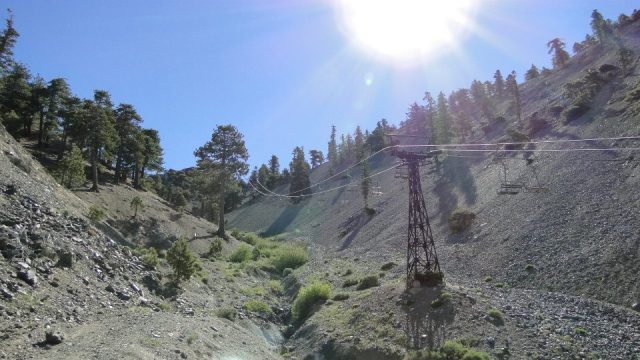 We met up at the trailhead at Manker Flat at 8:00 a.m. and set off for an ascent up the access road to Baldy Notch. I was hoping to take a gentler approach than the Baldy Bowl Trail, which we would ultimately descend after we summited Baldy. We followed the mostly gentle fire road as it switch-backed up the north side of San Antonio Canyon, past San Antonio Falls, alongside the ski lifts going to Mt. Baldy’s ski resort, and then to the restaurant at Baldy Notch, which is usually open only on weekends. This stretch of the hike was pleasant and not too demanding. I recommend going up this way, since you’re going to need the energy for what comes next.

We all suspected the pleasant stroll up the access road would be too gentle to last. After all, we had covered about 1,800 feet but still had another 2,100 feet to go.The notorious Devil’s Backbone Trail awaited us just a few miles ahead. The Devil’s Backbone contours over the ridge to Baldy, sometimes with precarious drop-offs on either side. This trail is often hair-raising, but on this particularly day, the atmosphere summoned up what must have been at least 60 mph winds just to make the Backbone a little more interesting. It’s one thing having nothing but a thousand foot drop-off down gravel and scree slopes on either side; having the wind actively trying to knock you off the trail makes it even more fun.

Regardless, we powered through and against the wind until we came to the final climb up to the summit – a gruesome 700′ trudge in full exposure to the wind. Never before have I felt like I have earned a summit like I earned this one. including the long slog through snow and endless miles to get to High Point. Granted, this is only the third summit I’ve reached over 8,000′. Still, compared to the snow-riddled mess I made for myself on San Jacinto and the breezy trudge up Cucamonga Peak, this was a gnarly way to bag a peak.

And this is all for the best since it reinforces a great point about mountains and challenges and general. All mountains have a tendency to humble a hiker due to what they demand from you. Nothing is ever given. Everything must be earned. If you want to see the top, you have to endure the aching calves and quads, the sweat, the parched lips and throat, the potential headaches, the exhaustion, the feeling of being covered in dust and sunscreen, and the test of will. 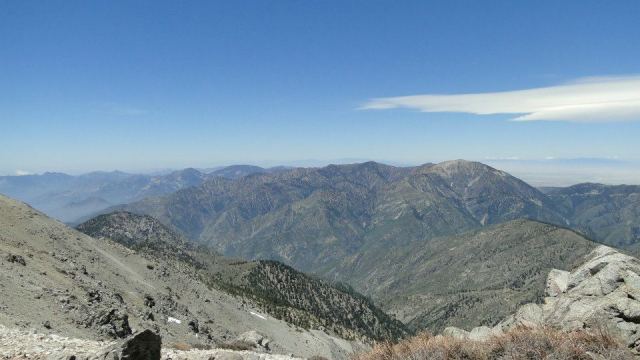 Otherwise, you’ll remain at the bottom, looking up and wondering what it’s like to stand 10,000 feet above 15,000,000 people. This is true for all challenges, and it takes a lot of humility, determination, and discipline to force yourself to keep putting one foot in front of the other. This is half of why people climb mountains to begin with.

Of course, the rewards are usually worth it, which is the other half of why people climb mountains. Granted, the smog was awful today with the wind blowing in dust from the desert. Additionally, the wind on the peak, which was a fun challenge at first, quickly became a numbing nuisance. But these are minor quibbles on an otherwise exceptional hike. 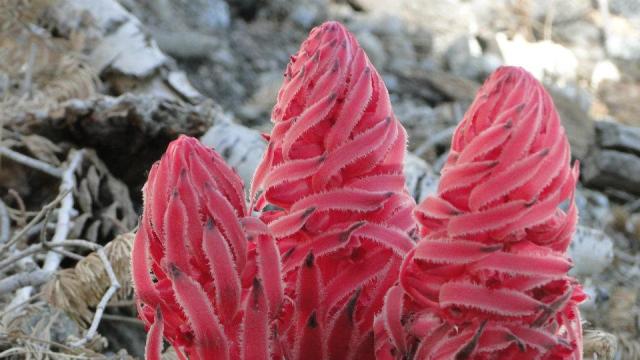 It takes a number of things going right to make a hike that remains memorable for years. It takes a little adversity, a little camaraderie, great scenery, a little bit of landmark status for the locale and a sense of accomplishment to entrench something in the memory. Baldy fit all of that, and I won’t be surprised if, at the end of the year when I’m reflecting on all of this, that this hike comes out close to the top.

As I felt with San Jacinto, I was left with one dominant thought approaching and during summit, descending, and coming home on the train: why didn’t I start doing this sooner? Perhaps that’s a little rough on myself since we come to things in particular ways and at particular times for particular reasons. Still, now that I know, I can’t not pursue these challenges in some way. There’s simply too much to see and do to remain complacent. That’s the mountain’s reward for your effort and humility: the reminder that life is always as full as you make it full. The mountaintop won’t come to you.

And without the mountaintop, there can be no victory apple.

Due to a calculation error in my spreadsheet, which Kelly corrected, I discovered that my actual hiking mileage on the year is: